Today Duane James Holmes posted on Facebook a photo of a record recorded by BOBBY ANGELO AND THE TUXEDOS from Great Britain in the early 60s.

In 1960 we were on our way to a recording session at the Norman Petty Studio in Clovis,New Mexico. We needed 4 songs for the session but I was one song short. I was driving my black 1960 Oldsmobile station wagon and somewhere in Oklahoma I asked bass player Jerry Haacke if he would drive for a while.

I got my Gretsch guitar out and hopped in the backseat. I had a melody going through my head for a while and in 15 minutes I had the fourth song written and called it BABY SITTIN. Petty placed this recording on the KEEN record label out of Los Angeles. The picture shows me holding a mint copy of that record today. The second picture shows the recording of my song by Bobby Angelo in Great Britain on the RCA record label.

ANGELO had a big hit with this song and I begin receiving writers royalties in the early 60s and still do today after all these years. He must’ve sold a ton of records. The check that comes to me from BMI every year isn’t as big as it used to be but in those early years it was several hundred dollars each time.

Not enough to get rich on, but not bad pay for 15 minutes work in the back of my 1960 station wagon. 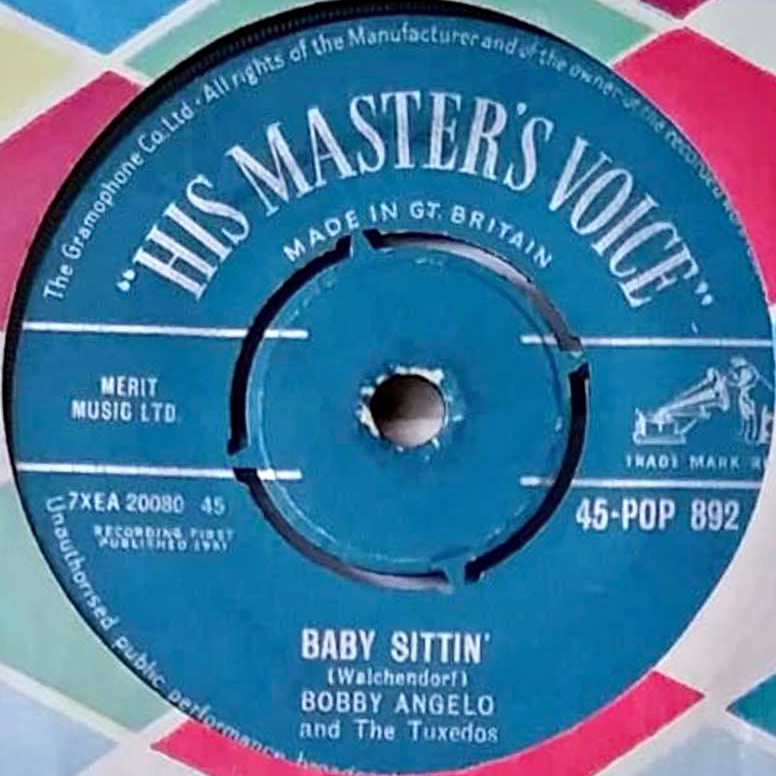