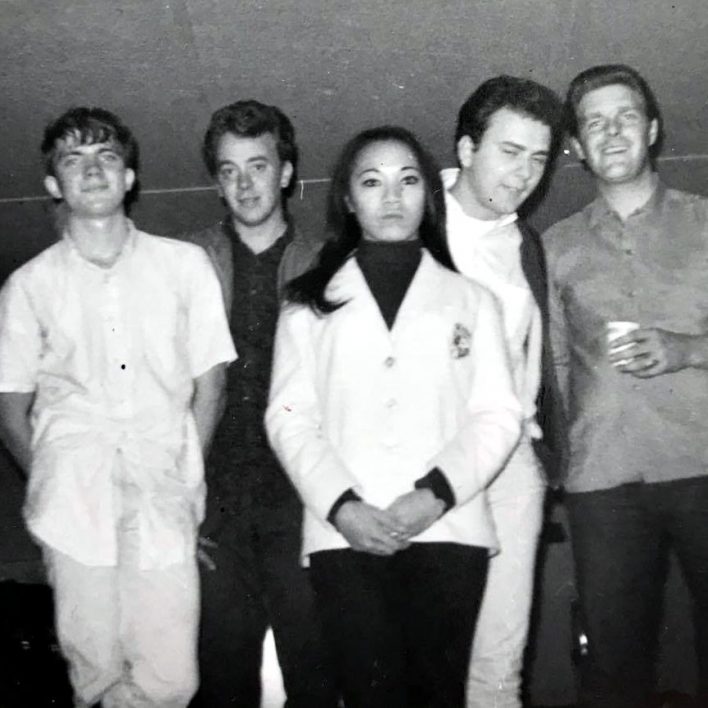 I found the main picture he other day with Bobby Berge who was only 16 when he played with my band. He was only with us a short time but I knew what a talent he was right away. He’s had a wonderful career in music. 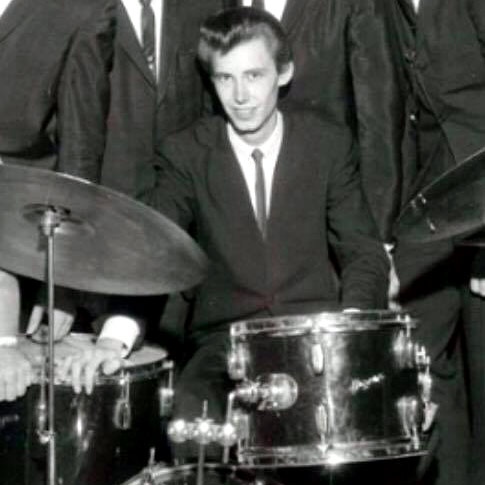 Stu Perry was also a wonderful drummer and was with us on both of the Dick Clark tours in 63 and 65. He was the drummer in the movie Poseidon Adventure later on when he moved to California.

Jerry Kroon from Madison, South Dakota was with us in the mid60s. He was with us a couple years and then moved to Nashville and became a prominent studio drummer. He’s been on over 50 number one country hits and is currently on tour in Europe with Don McLean.  Jerry is married to Marlys Rowe and many of you will remember her as a singer with the Talesmen.   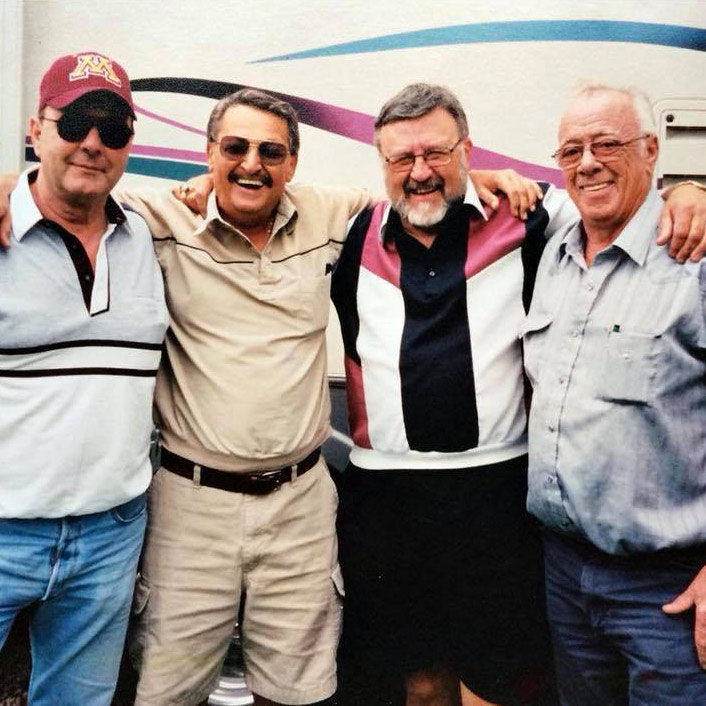 Chico Hajek from Tyndall South Dakota was with us in the early 60s and later joined the Fendermen Who had the hit record MULE SKINNER BLUES.  Chico was also a scenic artist and for years worked on the Johnny Carson show in Hollywood.

These four guys were very talented people and we were lucky to have them in the band.