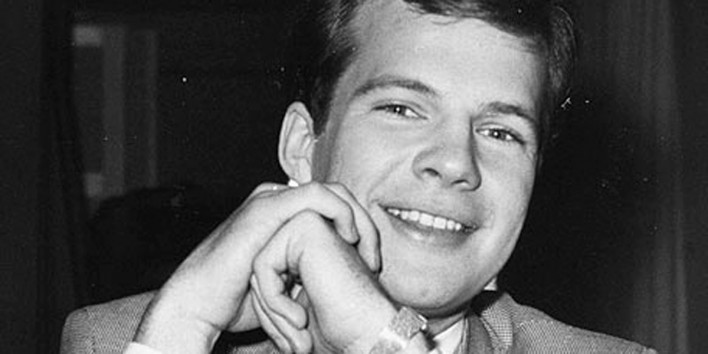 Bobby Vee, my friend for over 50 years, hired my band (Myron Lee and the Caddies) to back him up on his tours for much of 1963-1965. We started in June of 1963 on the east coast playing all the beautiful summer resorts and then across country when later in the summer we were booked for 6 days at the same location in San Antonio for what was called The Texas Teen Fair.

The shows started each day at 10am and we loved that because we had the rest of the day off. The line up was George Jones and the Jones Boys opening the show, followed by Billy J. Kramer and the Dakotas (Little Children), Bobby Rydell, Bobby Vee and my band. Closing the show were The Rolling Stones.

Bobby Keys was playing sax in my band during this time period and what a stroke of luck he had, because during the week Bobby and Keith Richards became fast friends. A few years later Keith gave Bobby a call and he became The Stones sax man and still is today. For the most part The Stones pretty much kept to themselves that week and didn’t associate with any one else on the show. We thought at the time that all their success might have gone to their heads. A few years ago my drummer, Stu Perry, got to talk to Keith Richards at the Target Center in Minneapolis when he was there with his band. In the conversation The Texas Teen Fair came up and Keith remembered the name Myron Lee and the Caddies and how shy The Stones were, because this was their first American tour and first time they were around American musicians.

George Jones after doing his show each morning would head down the stairs with his band headed for the exit, and I heard him yell more than once “Last call for alchy-hol!” They stayed at The Holiday Inn where we stayed and most afternoons his lady friend would be at the swimming pool with the rest of us while George stayed in his room and drank. One afternoon she said “Would you help me drag that old party pooper out here so we can throw him in the pool?” The suggestion sounded fun so the 6 of us grabbed him from his bed and we threw a kicking and screaming George Jones in the pool. We had hoped he would join us but he said a few more choice words and back to his room he went. We all loved George and were big fans of his long before this tour.

Bobby Rydell’s manager would drive up just before Bobby’s show time. They would get out of the car, Bobby would do the show with a house band, then would get back in the car and we wouldn’t see them again until the next show. Very strange we all thought. I know Rydell’s always been a nice person and I don’t know whose idea that was.

I stood back stage and watched all the other acts perform and the reception for everyone was great. We all had a GREAT time in San Antonio that week and the crowds for each show were big. Everything is big in Texas.